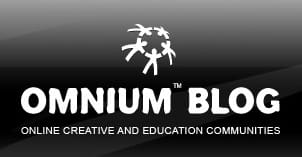 I’ve written before about my work with the Omnium Project and the Omnium Creative Network, but it has been needing another home…

My colleagues from Omnium and I met up in Berlin for a conference and worked out lots of exciting plans for the future, which will steadily unveil.

One big change is that the Omnium Interface has been massively overhauled (with some very cool additions) and will be released as open-source. We hope people will start contributing some cross-funcitonality with other platforms too (like Moodle, which although it has some great management elements and is also open-source, is pig ugly).

So the new home for many of my thoughts and writings about education, is Omnium’s blog that we have finally got up (about three years late). It’s pretty vanilla at the moment, but we hope it will give a bit of a window on the interesting work going on.

Analogue In, Digital Out