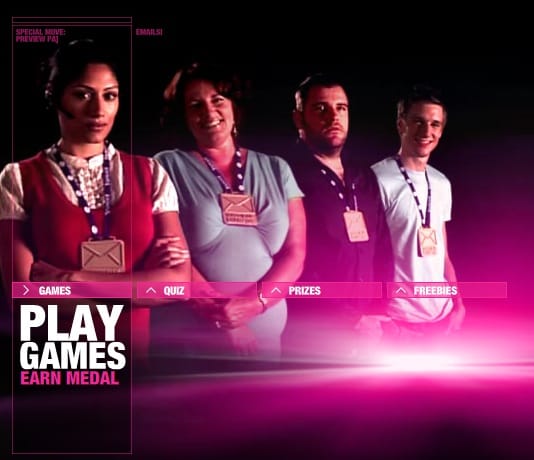 A few months ago I spent a very fun couple of weeks doing some work for the folks over at Poke where my friend (and ex-Antiromer) Nik Roope is one of the partners. I was directing (though it was a collaborative effort) the video for the Yahoo! Mail Championships microsite as well as doing some of the compositing. It has finally gone live so I can write about.

The basic premise is that Poke really don’t do Nike Pro style sites, not because they can’t but because, well, we all think they’re totally overblown examples of ad guys ‘doing web’. Now that Flash actually handles video well, it’s their dream come true - the ad folks can make shiny videos again.

The Yahoo! Mail Championships was a great chance to make a spoof of one of these and do it really well. The games are very addictive and really communicate the product well and we spent a lot of time with the characters and the shoot, and then making them look completely radioactive purple. The sarcasm of the copy was toned down a little by the end, which is a shame. Iain and a few others wrote some real gems.

I still think it’s pretty amusing though and it was nice to get back into a studio and do a shoot instead of being stuck behind a keyboard all day. Also good to know those studio and After Effects skills weren’t too rusty after all.