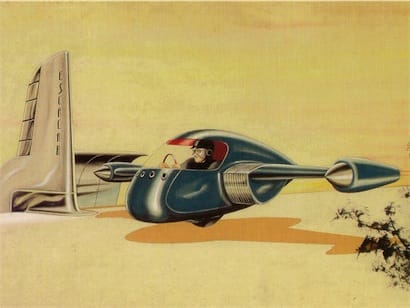 The future isn’t what it used to be.

Whilst looking around for an image of a flying car for a presentation, I stumbled across the fascinating (and amusing) Paleo Future blog. It’s a collection of historic attempts to predict the future with associated glamorous robots and other assorted imagery.

There’s also a Paleo Future Flickr group (where Matt got the name) and another one called In The Year 2000.

(It also lead me to a great set of images from legendary “visual futurist”, Syd Mead)

Do you shutdown or sleep?

Sponsor my brother for cancer awareness