G-Speak - Back to VR Gloves Again? 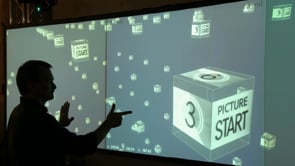 Part of me wants to believe G-Speak is really is a fantastic “spatial operating environment”. The mouse and keyboard are awkward, clunky and out-dated with plenty of problems and it’s time for a change. G-Speak is about freeing ourselves from those shackles, about working in space across multiple screens.

I wanted to scream when I saw the tired reference to Minority Report, but it turns out that one of the team, John Underkoffler, was the science advisor on Minority Report, so they can get away with it given they he ripped off his own ideas for the film.

The video and some of the interaction looks great.

Except for the gloves.

It’s the gloves (and the headset) that made VR so lame. That and being tethered to a machine, so at least that part is no more.

Yet regardless of how much of a paradigm-shifting breakthrough g-speak is, I can’t see people donning the dorky gloves every time they want to work. I can’t see many people devoting that much space to one person’s screens either and I can’t see many people having the stamina to stand with their arms out-streched and wave them about all day. A two-hour yoga class is hard enough. 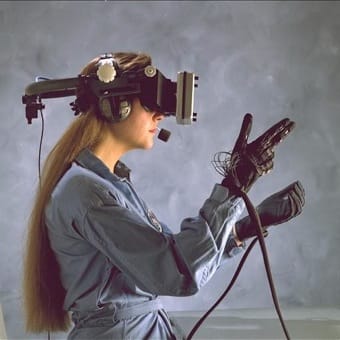 Don’t get me wrong, I’d love to have a go and experience it for myself. I’m sure there is a whole of interesting interaction going on there.

I just don’t want to have to smell the gloves.

I Don't Know What This Is, But I Like It

The Designer's Review of Books Launches