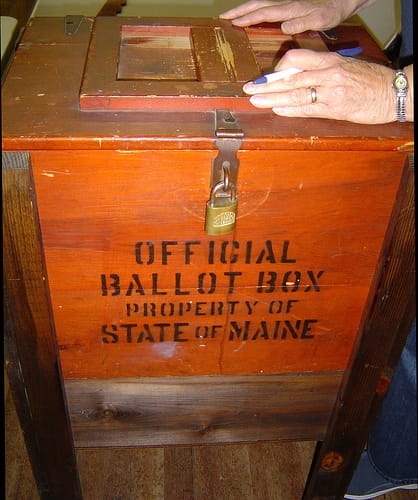 Dan Saffer just wrote an alarming piece about electronic voting over at Kicker Studio and it reminded me of a great article I read recently in the Suddeutsche Zeitung (it’s in German, read the ridiculous Google translation here).

The SDZ article points out that an essential aspect of voting is there being no doubts about the integrity of the system. Any mistrust should be avoided. One of the benefits of a piece of paper is that you can point to it, watch it, examine it and use it as proof of your vote. Not so with many of the electronic voting machines. Sure, it’s slower and more expensive to do it with paper, but it’s a pretty important decision and, let’s face it, elections aren’t cheap.

Dan quoted this from the Charleston Gazette:

Shelba Ketchum, a 69-year-old nurse retired from Thomas Memorial Hospital, described what happened Friday at the Putnam County Courthouse in Winfield.
“I pushed buttons and they all came up Republican,” she said. “I hit Obama and it switched to McCain. I am really concerned about that. If McCain wins, there was something wrong with the machines.
“I asked them for a printout of my votes,” Ketchum said. “But they said it was in the machine and I could not get it. I did not feel right when I left the courthouse. My son felt the same way.

Voting is perhaps the ultimate in interface design. It’s not just about an interface for the vote, it’s also the people’s interface to the lawmakers and country’s budget. I never used to care much about voting until I moved to Australia where I couldn’t vote and this horrible git was Prime Minister. But it deserves some proper thought and shouldn’t be done just for the sake of it being cheaper and easier - some things are better because they’re hard.