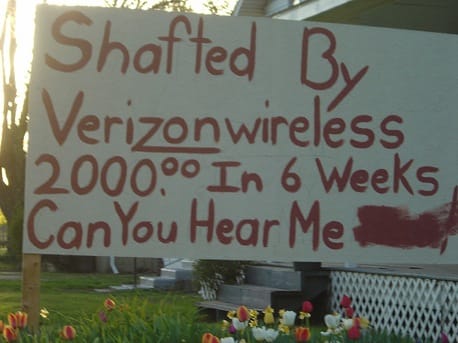 Lauren posted a linke to BusinessWeek’s report, When Service Means Survival. The basic thrust is that in a tight economic environment companies need to focus on their customer service to stay alive. That’s true, but there are two underlying problems with the solutions.

The first is that companies need to focus on their customer service when times are good so that they have a loyal customer base who don’t go for the cheaper option when times are bad. From the BW article:

“If anything, the tough economy has made starker the difference between companies that put customers first and those that sacrifice loyalty for short-term gain”

If your company has been a slacker in this area before the economic crash it is probably too late to do much about it now. But better late than never.

Some of the solutions are simple and show that firing staff to cut costs can have extremely diminishing returns.

“The International Customer Management Institute, a call center consultant, has done studies that show eliminating just four reps in a call center of about three dozen agents can increase the number of customers put on hold for four minutes from zero to 80.”

The second problem is a part of the article I completely disagree with and that is “tiering”:

“It’s the little things that often got you in the crook of those loyal customers’ arms,” says Jeanne Bliss, a former Lands’ End service chief who now coaches customer service execs. That has led to a renewed emphasis on “tiering”—routing elite-level customers to better agents, nicer surroundings, or faster service.

Tiering sounds like a great idea in theory - dedicate your resources to loyal or repeat customers. It’s the opposite to what most telcos and ISPs do, which is to dedicate their resources to new customers and treat them like cattle once they have signed the contract.

The problem in terms of service experience is that it makes the new customer feel like a second class citizen and resentful of the fact. If you have ever experienced the pettiness of some business class flights, lounges or other “executive” service additions, you’ll know what if feels like. It feels like every customer should be treated with these extra details.

Often (as in the case of a recent Qantas flight) the economy class services are deliberately cut down versions of the business class services. The same in-flight system is in both classes, but certain programmes or films are restricted to make the business class customers feel like their getting something extra (and their screens are bigger, but that’s a function of seat size). The system is in place to offer those programmes to economy class customers for virtually no extra cost, so why not do so?

In other words, why not offer your customers a better service if you can? The answer is tiering and tiering is a business top-down approach to service rather than a service design bottom-up approach to service where the actual experience of customers is researched and discussed, not just the business objectives and what customers might tolerate.

Tiering assumes the new customer isn’t going to notice, but customers do notice and don’t like being treated as if they are too stupid to notice. That turns tiering into a doubly negative experience: the missing service extras plus the feeling of being taken for a fool.

Good service and the extra touches shouldn’t be reserved for an elite or provided to those paying extra, they should be part of the entire service proposition for everyone. That is the way you get and retain loyal customers. There is a reason almost everyone changes their mobile phone company once their contract expires.

Update: I just stumbled across this image. A nice spoof on service and survival (based on Ryanair’s complete lack of service thinking): 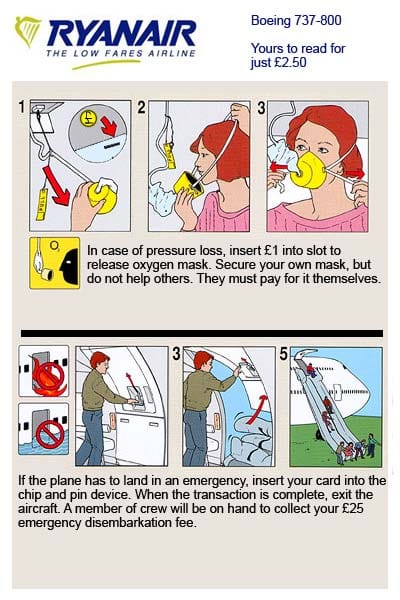