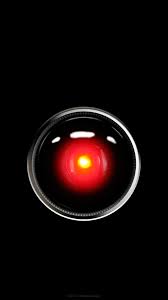 Hi folks – can you help me find some interviewees?

I’m working on some initial research into Ambient Assisted Living with the iHome Lab here in Luzern. The project is about bringing a human-centred design approach to an area that, despite it’s name, is heavily driven by technological development rather than people’s actual needs. (The project is called Human Centred Design for Ambient Assisted Living or HAAL, hence the image above).

To get some initial insights, I want to do some qualitative research interviews with people aged between 55 – 75 (plus or minus a couple of years) to ask them about their current technology usage in the home as well as some thoughts about their plans for their older years.

While the majority of people I want to interview will be fairly average users of home technology, I am also after a few people at the extreme ends. So, people who hate in-home technology and battle with it or people who are totally kitted out with home automation. In those extreme cases, the age range is less relevant because they’ll all be old one day like the rest of us.

If possible, the interviews would be in their homes so they can show me the things they love and hate, but there is some flexibility there (I’m interested in people’s workspaces too).

Some people near me in Germany or in Luzern, Zurich, Bern or Basel in Switzerland would be ideal. Friends, relatives or friends of friends work well because they tend to open up more if there is a link to someone they know.

If anyone has any suggestions for interviewees, please get in touch.