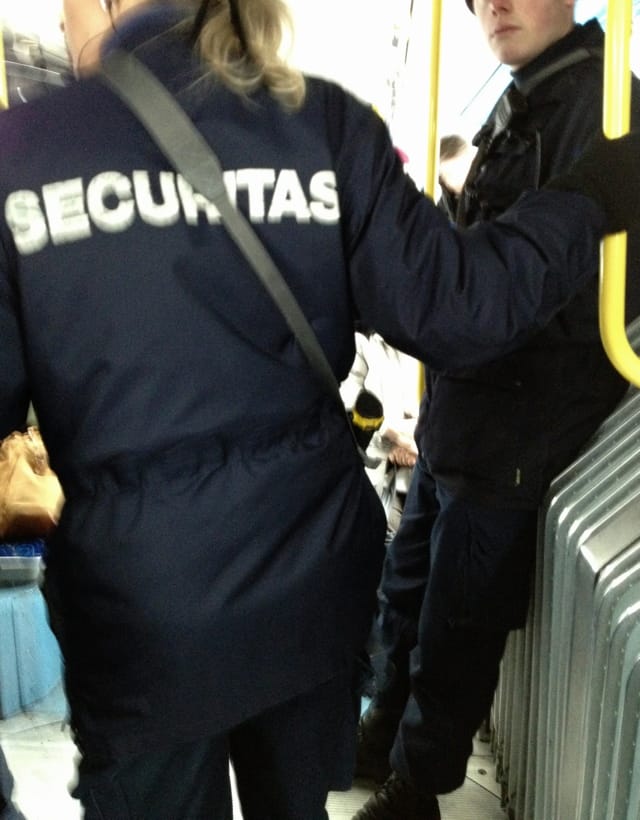 These people - five in total - were ticket inspectors on an early afternoon bus in Luzern, Switzerland, very much a tourist destination. So why are they dressed like armed police (no guns, but with pepper spray and earpieces)? And what is a security firm, Securitas, doing supplying ticket inspectors to a public transport company?

Luzern has its share of social problems, but is very safe compared to other cities and has nowhere near the kinds of issues cities like London or New York have. I have seen transport police on trains in London, but the blurring of the boundaries by the use of uniforms and attitude is a poorly thought through touchpoint, much like the TSA uniforms and badges that they are hopefully about to lose in the USA. If certain people in society have special powers over others, it is important to be able to recognise that straight away, not be left unsure as to your and their rights and responsibilities.