A second life for avatars?

Avatars have been part of the Internet for a very long time. I once had a book called Avatars! by Bruce Damer that documented many of the early attempts at virtual worlds. Alphaworld was one of the ones I regularly used because my brother was researching them at the time. We were flying around in blocky pixel renderings of avatars, but pretending it was really like Neal Stephenson’s Snow Crash. It certainly felt a step up from text-based MUDs and MOOs, until it got a little boring because we didn’t know anyone else.

Then came Second Life, a virtual world bandwagon that many brands and educational institutions jumped upon as the future of online communities. At the time I was in academia and I saw an enormous amount of money pumped into Second Life “campuses”. They all fell for the common illusion that face-to-face learning could be replicated online by creating 3D versions of lecture theatres and rooms.

Joe Veix’s amusing 2018 article Exploring The Digital Ruins Of Second Life (on Digg, of all places, remember Digg?) is full of echoes of today:

It seemed to me that, like a lot of Silicon Valley creations, “Second Life” offered the promise of a revolution, but merely delivered a normative, if slightly recontextualized reality. Another transfer of wealth with good PR. Instead of U.S. dollars, we had Linden Dollars. In a world where everyone could fly, people still built stairs.

In both instances, this precarity is inextricably linked to commerce. Malls can serve as spaces for people to meet and hang out, but this is only incidental to their primary purpose, which is to generate wealth for their corporate owners.

This is troublesome, as these social spaces are incredibly fragile. They often fail under the strain caused by true public use. This manifests itself in different ways, some more alarming than others; like “no skateboarding” signs, or rules banning large gatherings (protests are bad for business, after all). The businesses can also suddenly fail — maybe their prices are undercut by a more convenient, monopolistic online retail company — taking the extraneous community spaces down with them. Not that we should weep for dying corporate chains or anything, but in lands of suburban sprawl, they at least offered places for people to go, however bleak.

I wonder if we can think about our digital social spaces in the same way. Many of those that were popular in the ’90s and early ’00s are now vaporware. The companies went bankrupt or were purchased and mismanaged to death. Users fled. Communities were destroyed. Data was liquidated. We should be concerned that a majority of our online spaces are owned by corporations who do not have our best interests in mind, despite fuzzy PR statements about “building communities.” Our digital spaces can suddenly be destroyed or altered in disturbing ways without our consent. Why don’t we have control over them? Why can’t we? Always remember: Facebook and Instagram and Twitter are malls, not parks.

Yet Facebook announced Facebook Horizon recently, “an ever-expanding VR world where you can explore, play, and create in extraordinary ways. At Horizon, you’re not just discovering a new world, you are part of what makes it great.”

The chipper Dory-like presenter tells us, “Horizon isn’t about rules or limits. It’s about getting out there and trying new things, making new friends.” All the while their ignored partners are getting on with their lives in real life. It’s quite a remarkable piece of media history amnesia absolutely worthy of Dory herself.

I imagine we might be looking in through the dusty windows of an abandoned WeWork space one day, reminiscing about all the people we used to know on The Facebook before it got shut down after its cryptocurrency made the world bankrupt again. 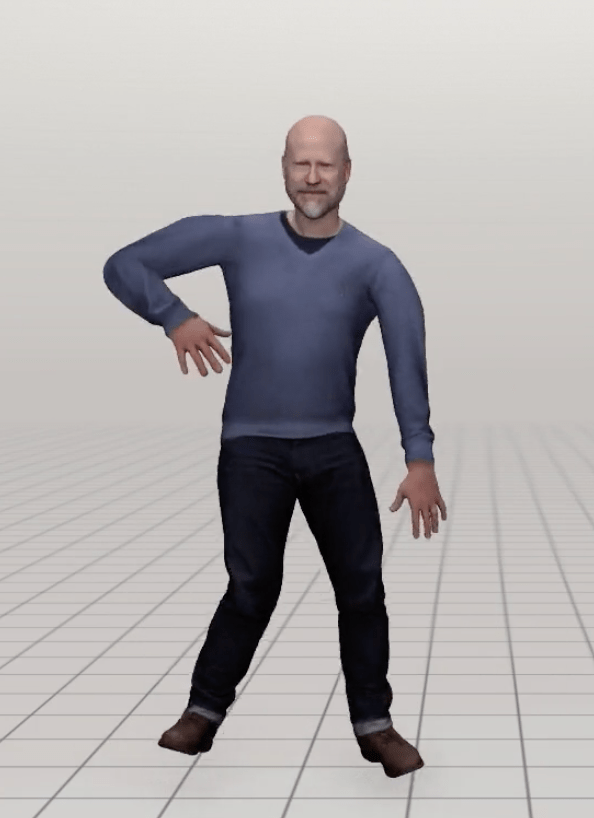 I had a 3D scan done the other day by Doob. Unfortunately I appear to have dislocated all my limbs in the result.

This post originally was originally published as part of my newsletter, Doctor’s Note. Sign-up to get it early along with other goodies.