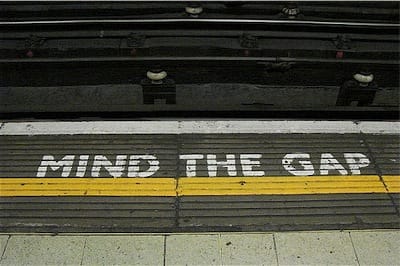 If there was ever a clear example of the generation gap between those who have been steeped in digital culture from the start and those who have had to adopt it later in life, the current debate between 37signals and Don Norman is it.

I took note of the original article in Wired on 37signals and I know that Don Norman had weighed in with accusations of arrogance, because he was already quoted in the article. Experientia’s post alerted me to the fact that it’s still going on, and on.

I interviewed Jason Fried back in 2005 and didn’t find 37signals arrogant at all.

What’s weird is that I think Norman and 37signals are actually talking about the same stuff, and even sharing the same opinions in general, they just have different ways of expressing them, and neither side seems to understand the other. Personally, I find Norman’s views on simplicity versus complexity erratic and he too often equates simplicity with minimalism - he rants about it pretty frequently in the Design of Everyday Things and uses the minimalist failures as critiques of simplicity.

Normal mainly took exception to David Heinemeier Hansson saying, â€œI’m not designingâ€¦ for other people.â€ The gist behind this is that they do what Apple does, create things that work for them and hope that other people like them (as they apprently do). But Norman suggests to 37signals how they should really work:

The solution is to decide which customers represent your core audience, and then to observe them at work, the better to understand their true needs. (Not by asking them, not by questionnaires, not by focus groups). Rapid iterations of prototype and evaluation is the key. The iterative design method of rapid prototyping, test, and iteration (all done within the span of a day or so) is well defined in the Human-Computer Interaction community.

That makes me suspect that Norman hasn’t really got a grip on what 37signals do - as a quick look at the (now free) Getting Real book would show. Here’s what they say in the “Rinse and Repeat” chapter:

Instead of banking on getting everything right upfront, the iterative process lets you continue to make informed decisions as you go along. Plus, you’ll get an active app up and running quicker since you’re not striving for perfection right out the gate. The result is real feedback and real guidance on what requires your attention.

37signals strive to avoid feature bloat. There’s a reason that word processing apps like Writeroom and Mellel are increasingly popular. They’re simple and clean. I have great respect for Norman, but sometimes he seems to voice opinions that really reenforce my feeling that HCI is a terrible methodology to study interaction design. It also feels like he’s stuck between two worlds, the old consultant model and the current world of flux.

Jason Fried makes a salient point in their well-written response, comparing what they do to being chefs:

And if enough customers tell us our food is too salty or too hot, we may adjust the salt and the heat. But if some customers tell us to add bananas to our lasagna, we’re not going to make them happy at the expense of ruining the dish for everyone else. That doesn’t make us selfish. We’re just looking out for the greater good.

I think that makes sense, especially in an environment where products can and should be niche, and can and should be changed and tweaked. It’s very different from the product-based world that Norman hails from.

In keeping with my re-release of prior interviews and articles I have written, here is the one with the good folks at 37Signals. It’s a …