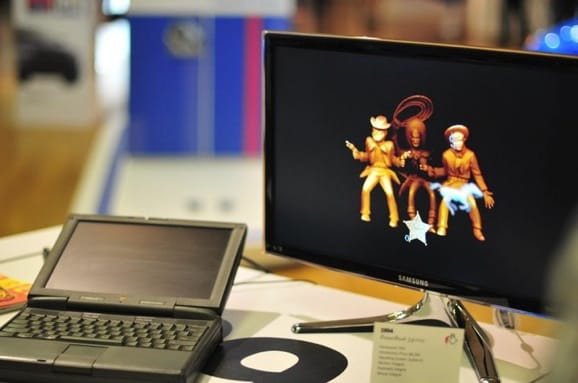 I’m totally late blogging about this, but I was very happy and proud to see antirom top the votes of the Digital Archeology project leaderboard while the project ran at Internet Week NYC back in June. So, officially we “won”, but since you can still vote for projects, our old friends from K10k are now topping the list.

I take my hat off to Jim Boulton, Deputy Managing Director of Story Worldwide in the UK who had the idea to put the project on and to all the people who helped make it happen. As Story Worldwide’s website reports:

”[Jim was] concerned that the evidence of this explosion of creativity may be consigned to digital oblivion, set out to harvest and recover landmark websites from the web’s short history and present them in a exhibition “Digital Archaeology”, within Internet Week. Jim, curator of the show, has persuaded a network of digital pioneers to hunt in their attics for the coded jewels that can be seen no more on the web, and generously share them for the show. Some needed restoration to bring the screens back to life.”

There is a great archive of photos on the project’s Facebook page. Apart from it being a cool trip down memory lane for many of us in terms of the projects and people, it was great to see them dig up the old machines for them to run on. It always saddened me that I couldn’t really show my students that early work anymore and, like Jim, I think it’s important to be aware of your heritage. Imagine if filmmakers couldn’t look back into the archives or writers only had John Grisham to read as inspiration.

Hot on the heels of my post about Director 11 there’s now a web-based version of Hypercard called TileStack. It’s still in beta (aren’t they …

Following on from my post and Nigel’s comments about Clicktoy, I just found Scratch, which is a simple multimedia authoring environment for …