Your Failure of Service Is Another's Opportunity 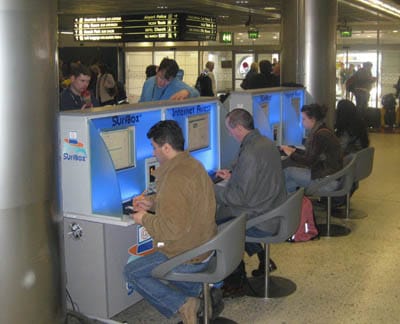 Some of you have no doubt read Dustin Curtis’s post about the incompetence of American Airlines & The Fate of Mr. X. American Airlines fired Mr. X for publicly responding to Curtis. John Gruber picked up on this saying,

"The point is that American Airlines is clearly a failing company. They’re losing hundreds of millions of dollars every quarter. The experience of traveling on one of their flights is terrible. Their website is terrible. These facts are not unrelated.”

Later in response to a tweet he points out that, “[a]ny airline should have two goals: make it easy and pleasant to book travel, and make it pleasant to be on their flights. AA sucks at both.”

Ryanair and Easyjet suffer similar problems, but from the budget end of the market and the trade-off between price versus service is something I have been thinking about for some time. Why is it, for example, that people will shop around for a discount on a supermarket item that might amount to 50 cents, but happily stop for an overpriced coffee without thinking about it, this negating their bargain?

Obviously some of this is consumer psychology and perception of value, but it is easy for a company to be so focussed on being cheap at one end (the fares, in Ryanair’s case) and clawing back money in every which way at the other end (everything else, like check-in, which should be part of the service) that they fail to see the wood for the trees.

Low cost airlines are built on the no-frills principle, but when is a service a “frill” or simply a base level of service that one should expect? Online check-in is great when it works. It saves time for the customer and it saves the airline money. Given that the customer is doing the work for the company they should be rewarded for it, but penalising them for not doing so and thus having to provide a base level of service just ends up making customers hate the company and set up websites like these.

Whilst those websites might seem like a laugh, they highlight a general mood in the air (sorry about the pun). I know of nobody who enjoys flying with Easyjet or Ryanair, they simply put up with it because of the low price. At some point, though, the balance tips and the price/perception-of-value equation tips the other way. Additionally, the loathing makes people happy to pay another airline more because they can feel like they are punishing the cheap airline.

Focussing on adding extra costs everywhere also leaves service loopholes for others to fill. Since Ryanair started charging customers 40 Euros if they don’t check-in online, a company called Surfbox has set up Internet kiosks in airports that have printers, allowing passengers to print out their boarding passes for 1 euro, saving Passengers €3,900 per day, at Ryanair’s cost.