The Play Ethic and Sustainability

For a very long time now (since 2005 in fact), Pat Kane’s book, The Play Ethic has been on my Amazon Wishlist (hint, hint) along with several other books on Play for my PhD research into interactivity and play. 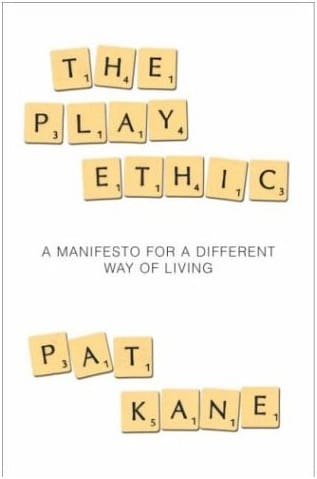 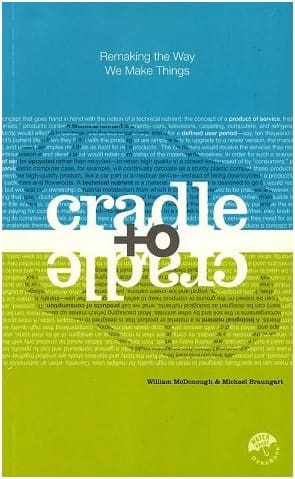 Having persuaded my brother that I really like books as birthday presents he sent me three at once, two of which were co-incidentally The Play Ethic and Cradle to Cradle: Re-making the way we make things by William McDonough and Michael Braungart (those two are the links to Amazon’s catalogue by the way - I couldn’t recommend two purchases more). This led me to read them back-to-back and I realised what a set of connections there are between the two ways of thinking.

Kane’s Play-Ethic is a fascinating and well-researched literature review, Protestant work-ethic critique and manifesto for a new way of thinking and living. Cradle to Cradle is equally so - a manifesto for a new way of thinking and living as well as a rejection of the past 250 years or so of the industrial society. Both require an enormous about-turn in thinking as the only possible way to combat the ever growing stresses and strains on society and the planet. Both speak of abundance - Kane in terms of the ‘player’ always finding joy and energy in life (and work when need be) and McDonough and Braungart in terms of thinking like nature. They use the example of a cherry tree which produces more blossoms and fruit that it ‘needs’ but that contributes more to local ecosystem than it uses.

It’s exactly this sustainability which is also required from our working (read: waking) lives. The current trend towards ever-increasing work hours and less ‘play time’ is unstainable and we’re already seeing the cracks in the system and experiences them personally. I know that ‘downtime’ (and by that I don’t just mean leisure time) is crucial to allowing the space to create connections between ideas and come up with new ones. In short, ‘creativity’ - to invoke that over-used word.

The drive for ‘efficiency’ (a product of the Industrial Revolution) that McDonough and Braungart speak against would have that downtime labeled as ‘inefficient’. They describe the difference between eco-efficient systems (things that are ‘less bad’) and eco-effective (things that actually add to their environment positively - think cars that clean the air as you drive, buildings that generate more energy than they use or products that benefit the environment when you throw them away). An ‘efficient’ cherry tree would have just one blossom and one fruit (that of course would hopefully turn into another tree). There’s not much fun or play in that for starters, nor would the resources used to grow the tree be very well returned to the local environment.

Now think of the ‘efficiencies’ of the modern workplace - do more with less. Work harder, make it cheaper, make it more efficient. Never mind the quality. I’m sure the stresses that places on people are quite well know to most of you. Yet think of a time (maybe not in paid work) when you worked on something because you really loved doing it, because you felt nurtured and fulfilled. For a start it doesn’t feel like ‘work’ in the way that we have come to know it (i.e., stuff we don’t like doing and that people have to pay us off to do). It feels more like play and it has a whole load of positive knock-on effects in your life, society and culture that efficiency rubs out. Basically it’s a sustainable way of living your life instead of one that sucks all your energy dry and spits you out the other end of the factory.

Both books have made me radically re-think the shape and (dis)organization of my own institution, in what shape universities might be in five, ten or fifty years and re-thinking education (in particular design education). I also found it inspiring that the two areas I’m interested and involved in (play and interactivity, sustainable design and ethics ) have so many connections. I’ll post more about that soon.

Invitation to play at the Game / Play exhibition