Apart from David Rokeby’s talk and Stelarc and a couple of other things at Transmediale 07, I spent an entertaining afternoon checking out the open studios at Tesla with Regine. Tesla were doing a fringe exhibition as part of Transmediale 07 and I think some of the work was more interesting than the main TM 07 exhibition. 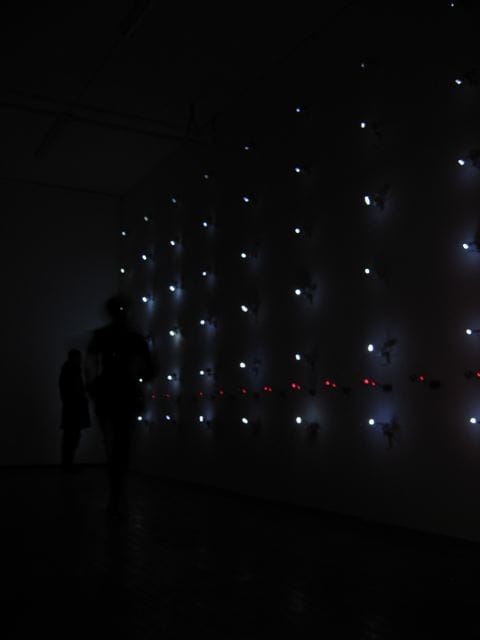 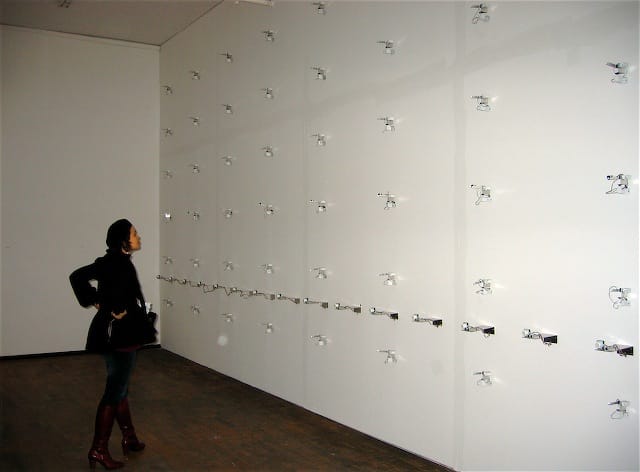 click to enlarge the pictures (you know that by now right?)

A particularly poetic piece was Seiko Mikami’s Desire of Codes work. According to Mikami it “expresses [the] chain of our social codes”. Basically you walk into a darkened room and on the wall are 60 LEDs placed on little controllable arms. Your motion is tracked by infrared and ultrasonic sensors so that the LEDs point towards you and light up near you. The experience of it is better than it reads in words - the sound of the servos moving the LEDs also adds to the sense that they are alive, rather like insects. It’s also a great example of how effective multiples of something simple can be in interactive works.

In the second picture above I destroyed the lovely atmosphere by using a flash, but it shows the construction of the work better. I immediately found myself playing with the work, which is always a good sign in my book (as you probably realise by now).