Like all of us at Antirom, Macromedia’s Director was a revolution because it allowed a bunch of non-coders to make interactive ‘stuff’. The upshot of this was that we came at interactivity with a totally different perspective to that of trained programmers. Sometimes that made for painfully bad code, but it did make for some interesting experiments and that cross-disciplinary, playful approach has stuck with me ever since.

Macromedia and then Adobe pretty much buried Director with Flash. It’s been under-supported for years, although there are rumours of Director 11 being worked on. These days it’s listed under the ‘more products’ section of Adobe’s wesbite.

Flash, before the most recent version, used to be excruciatingly slow for anything involved shifting lots pixels around, but then it did grow out of the world of the vector (and it wasn’t too fast at that either). But the last version solved most of that and it’s fair to say that it’s easily overshadowed Director in terms of handling video and real-time effects.

I’m glad, in a way, because it means that it’s probably not worth continuing to update my Director skills much, which is one less thing to fill my head with. On the other hand, Director was and still is a great too for rapid prototyping interfaces and ideas and is still a lot faster and better at some things (a steadily reducing list). It’s also great for creating quick versions of retro game ideas. Remember games before 3D? 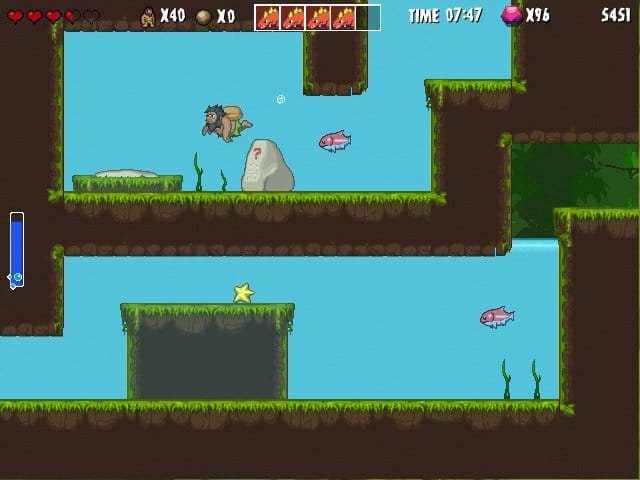 Then I saw that Yacco posted about Cave Days, an old-school side scrolling platform game by Insolita Studios from Brazil. It’s well put together, catches that old-school pixel look really well and, sure enough, it’s been built in Director. It’s nice to know that there is life in the old dog yet and it goes to show that a good game doesn’t rely on the technology.

You can download a demo and try it for yourself.