Creative Collaboration & The Future of Education 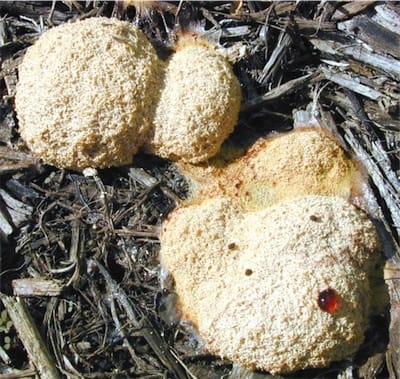 I presented my seminar on Creative Collaboration and The Future of Education at Urban Learning Space yesterday and very much enjoyed the Glaswegian hospitality of all the folks at ULS.

Although it would have been nice if I had managed to leave a little more time for discussion, I was really encouraged by many of the responses and questions afterwards. I gave me a sense that there are plenty of like minds out there wanting to try make some real changes in the system and philosophy of education that align better with the creative/knowledge economy and the Play Ethic.

Ewan McIntosh, in an amazing feat of very fast typing and live blogging, has some thoughts on the first part of the talk here, in which I went through Omnium’s projects and Creative Waves 2007 in particular. He also added some great links and thoughts about the second, Future of Education, part in a separate post.

The slime mould you can see above is a metaphor I used for lots of small trends that are developing in parallel suddenly connecting up and coagulating into what appears to be a complete, coherent organism (which is essentially what ‘Web 2.0’ is a case of).

It can happen suddenly and there is the potential for this to happen in education and completely upend things. I think the likelihood is probably that it won’t be as upended as it could be because of the established mechanisms for controlling that status quo. (I also talked about outlying villages and towns coagulating into suburbs and finally being absorbed into major cities as a similar, slower, example).

However, the change will happen in any case and the real challenge is to be asking the right questions far enough in advance to work out how to deal with these rapid changes. At present I haven’t seen much evidence of this from within institutions themselves.

Incidentally, I owe the use of the slime mould metaphor to Steven Johnson and his excellent book Emergence.

ULS will be putting up a podcast and the presentation material on their website soon, I’ll post a link when it’s up.

UPDATE: It’s not on the website yet but you can find the podcast by subscribing to ULS’s iTunes feed.