Greyworld's Monument to the Unknown Artist 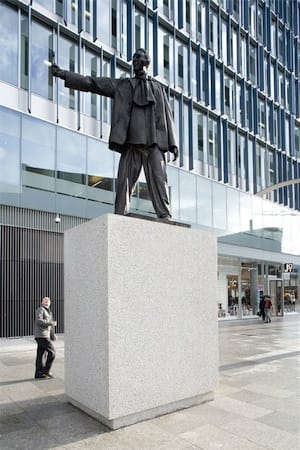 Greyworld have unveiled their project, Monument to the Unknown Artist. Andrew Shoben showed me the maquette of it in Geryworld’s studio early last year and I was really wondering how and if they were actually going to make it.

You really need to take a look at the video on their site to see it in action, but basically it looks like a statue but is, in fact, a robot that can mimic your stance. It’s installed by the Tate Modern, so if you’re in town go and strike a pose.

UPDATE: There is an accompanying microsite for the project with many more images and info.

Dear Rockers and Get a First Life