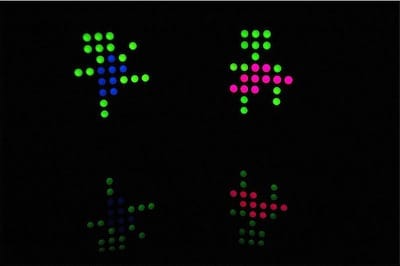 Amusing project over at Halfmachine which involved making toilet door signs from LEDs in a club.

Of course, they can be programmed, so they switched them around based on how many times the door was opened in order to facilitate a bit of social connection. It works too, judging by the video.

Playful, social, simple. I like it. I suspect people spent some time trying to work out the system too, which all adds to it.

iPlay - interactivity without the flab