Parents to be educated about the Interweb 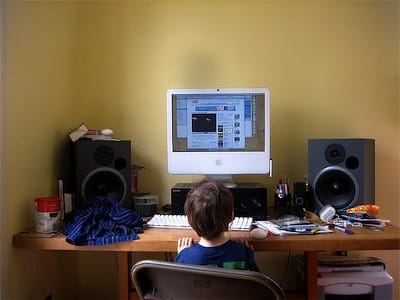 There’s a well-balanced piece from Patrick Wintourin the Guardian today about parents being shown how to protect their children online.

It reports of a government initiative based on a review by Dr Tanya Byron (she works as a consultant in child and adolescent mental health and also presented quite a few programmes for the BBC on the subject).

I’ve only skim-read the main points of the report (which is available for download in full), but it makes interesting reading. The most important aspect is that she goes quite thoroughly through the pros and cons of the use of technologies - from social networks and general internet use to online videogames. It also draws upon a lot of evidence from children themselves.

It’s nice to see Byron is not pedalling the old ‘it rots young minds and they’re all being groomed by pedophiles’ line, by rather she looks at the complexities of the interactions between parents, children, society and technology:

“Ironically parents’ concerns about risk and safety of their children in the streets and outside has driven a generation of children indoors, where it could be argued they are being exposed to a whole new set of risks.”

It’s good to see some of the onus being put back on parents too. The use of these technologies is not inherently better or worse than what children used in previous generations and I’ve lost count of the amount of conversations I’ve had about videogames.

Arguably the use of these technologies are mostly beneficial, especially in the future that children will be growing into. The real problem is that many parents have no idea about how the internet functions, about social spaces online or the culture of videogames and that really needs to change.

It’s good to see this kind of research and well worth a read - it’s well-written too. (There are also quite a few annexed documents about the methodology and brain development research that background the report).

No Agencies Please, You're Not Nice