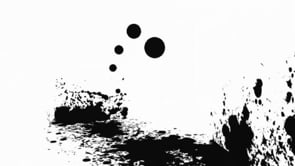 The Unfinished Swan is a still in-development game set in an entirely white world. Instead of splattering the blood of monsters around the walls, the player splatters black ink to find their way through “an unusual garden”. Apart from looking stunning in its simplicity (and somewhat like Sin City), there are some nice twists when, for example, the entire scene is in the dark and thus blacked out.

It’s the second such game I’ve seen recently that uses this kind of lateral thinking approach to the play. Portal uses a simple idea - a gun that can fire portals onto a wall - to develop what is, by all accounts, a very compelling game. You can watch the trailer on YouTube - ignore the irritating 1990s robo-voice though. (There is also a fan-made Flash version of Portal if you want to get the idea).

What I like about both of these is that they really force you to think in a completely different way from the usual first person shooter, even though they’re essentially existing in the same paradigm. Intelligent play. I like it.